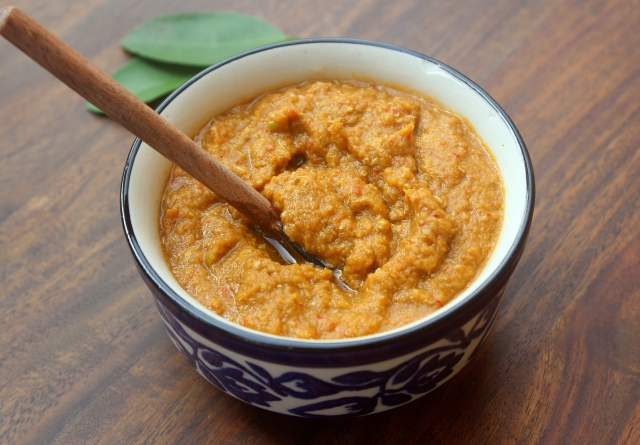 There are precisely 2 things that make cooking Thai food from scratch hard for me. One, you don’t get the necessary ingredients very easily here; lemon grass, whenever I get my hands on I bulk buy and freeze, and kaffir lime leaves are almost never available (replacing it with lime rind I’ve found to be a good alternative).

Also I think because of the first hurdle, I used to end up picking up the pre-made pastes from the grocery store. Which now in retrospect, really makes me wonder why I’d even bother. That stuff is so bland and flavourless, leave alone loaded with preservatives and vile food-colouring agents, that I stopped cooking anything Thai-related after that realization entered my mind. 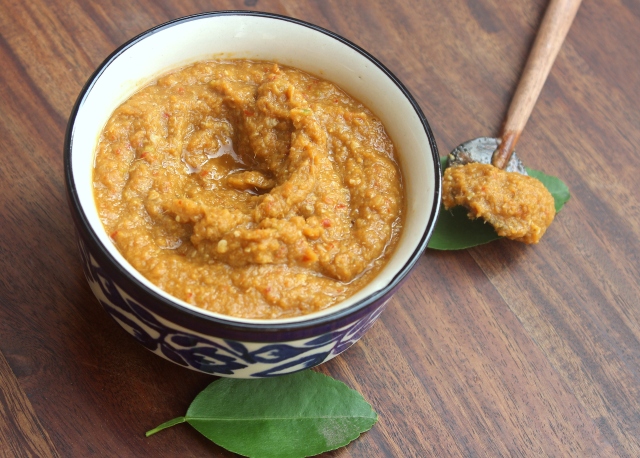 Now..what if I told you that it takes less than 20 minutes to make your own Thai curry paste from scratch, the authentic way? Yeah, hand pounded in a mortar and pestle. OK, you’re passing up that option at the mere sound of ‘hand pounded’. Don’t worry, but that only gets easier for you now – 7 minutes in a blender. Including prep time. Are we ready? Let’s go!

As I’ve mentioned in my earlier posts, using a mortar and pestle helps determine the consistency of the paste at every stage, and the flavour you get is more nuanced. Although I don’t really understand the science behind it, I can vouch that it makes a big difference. The blender method is obviously easier, and comes a close second in terms of flavour. Follow your own adventure!

This paste is endlessly versatile and can be used to make curries (I have a recipe with prawns coming up shortly), soups, and even in a salad dressing(?) That was off the top of my head, but hey, it could work! 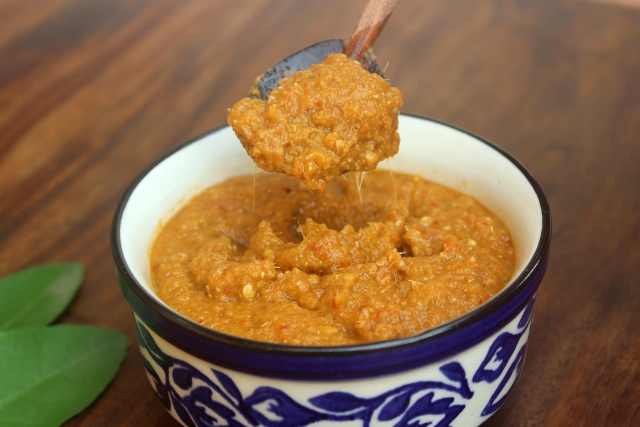 Loosely based on Lisa Featherby’s recipe

2 stalks of lemon grass (only the white parts), coarsely chopped

6 coriander stalks and roots (not the leaves)

Dry roast the cumin and coriander seeds until fragrant. Remove from heat and transfer to a mortar and pestle (alternatively, you could use a blender). Add coarse salt to this and bash them both together until you get a coarse powder.

Add the rest of the ingredients one by one, and pound the mixture until you get a smooth paste. If the paste gets too dry, add the water that the chillies were soaking in. Taste and adjust seasoning.

Store in a glass jar for up to 10 days in the fridge, or 3 months in the freezer.

Note : freeze in individual portions, as thawing a larger amount would mean that you’d have to use up the entire batch in one time.